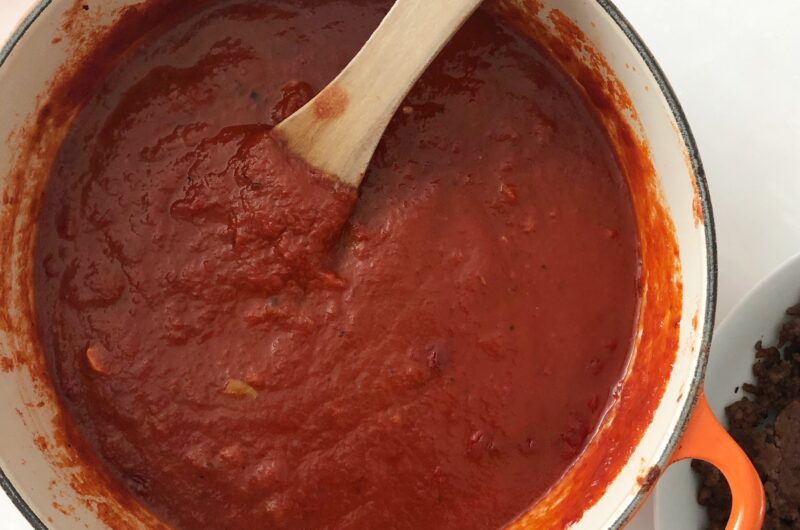 This recipe makes enough sauce for one batch of my famous TURKEY AND CARAMELIZED ONION MEATBALLS, which is more than enough to accompany 1 lb. of pasta.

We all know that once you put something on the internet, it’s never really yours again. As such, I dragged my feet sharing this recipe. It is very special to me because I developed the sauce recipe in 2005, when I was a baby chef, working as the Executive Chef at a Banquet Center. And it has a secret ingredient! Nope, not sugar. That’s not secret. Every Sicilian grandmother I knew growing up in New York put sugar in their sauce.

The secret ingredient is Worcestershire Sauce! I know, seems odd, but it works. Among other ingredients, Worcestershire Sauce contains anchovies, which impart a flavor profile called umami. Umami is known as the “fifth taste”, (sweet, sour, bitter, salty are the others). It is characterized by a savory “meatiness”. It is naturally occurring in mushrooms, tomatoes, and many other fermented foods, as the flavor comes from the presence of glutamate, an amino acid.

A small amount of Worcestershire sauce used in tomato sauce heightens the naturally occurring umami flavor of the tomatoes, which really boosts the flavor. I cannot wait for you to try it and tell me what you think!

Also, a word on tomato product. Growing up, my mother always used canned whole tomatoes in her sauce. I prefer strained tomatoes because I believe that a smoother sauce clings to pasta and meatballs better.

I am also VERY brand loyal. I only use Pomi brand tomatoes. I was introduced to them in culinary school, and I will never go back to another brand. Pomi tomatoes are the least acidic tomatoes I have ever tried and have the most consistent flavor. They contain no salt, no citric acid, and because they come in a box, they do not have a metallic taste. 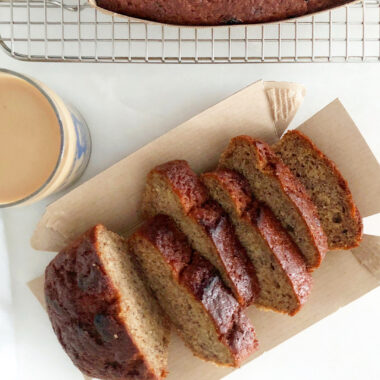 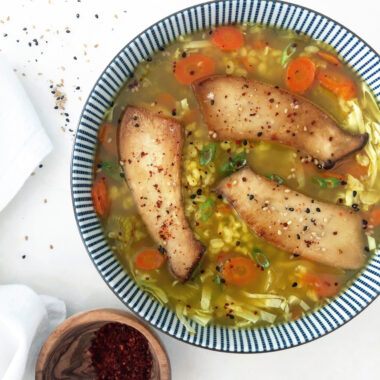 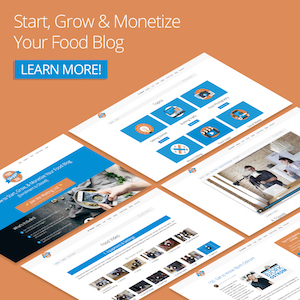